Your Guide to DNA Fitness Testing

A new field known as exercise genetics may finally explain why people doing the same workouts can end up with very different results.

DNA testing for health allows you to tailor your fitness routine to your genes for the greatest impact. 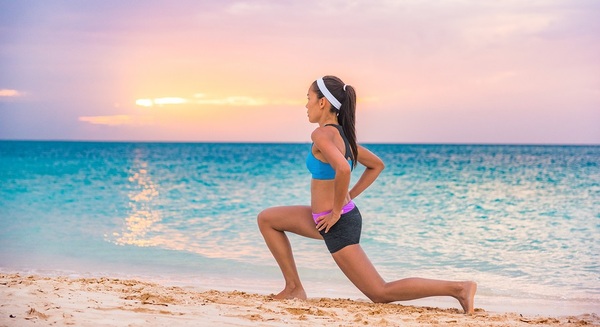 Exercise genetics is the area of genetics that studies the links between genes and the many factors influencing exercise.

This includes looking for genetic differences in musculoskeletal structure, rates of nutrient metabolism, ability to utilize oxygen, and propensity to gain muscle mass.

BONUS: Download our free guide to understanding your genetics!

Researchers sometimes study performance athletes to discover it they share genetic features not shared by the general population that may contribute to their high levels of performance in a particular area, such as endurance sports.

Based on this accumulated knowledge, it’s now possible for anyone to have DNA fitness testing done to gain insights into the effect of their DNA on exercise ability and performance.

This allows for personalized fitness recommendations to be made about which exercises are the most effective for a particular individual, as well as how to minimize the risk of exercise-induced injuries for those who are genetically predisposed.

It’s widely known that regular physical activity is enormously beneficial. The most commonly cited benefits of regular exercise are:

The value of exercise genetics lies in its potential to match each person with exactly the right fitness plan that includes exercises they are likely to do well, that produce their desired results, and that they can do with minimal risk of overexertion or repeated injuries.

A plan that unlocks all the health benefits of exercise is much easier to stick to.

Although the science is still new, there are some key insights that can be used to develop a personalized fitness plan for safer and more efficient training.

A fitness plan based on DNA testing for health can recommend the exercises most likely to make the greatest positive difference for each individual.

The field of exercise science has already generated a significant amount of interest from both the fitness and public health communities.

A number of genes have been identified that influence some aspect of exercise, including genes that affect endurance, muscle strength, fat burning, recovery time, and the tendency to experience exercise-induced muscle cramps.

There are also gene variants that impact how quickly an individual can metabolize certain nutrients which, in turn, affect how nutrients fuel the body during exercise. Rate of metabolism also impacts the body’s ability to stay lean.

Some of the genes that have been linked with exercise are:

Other genetic links that have been discovered include gene variants that cause structural differences in the musculoskeletal system (which includes tendons, ligaments, and joints) and gene variants that impact the ability of muscles to extract and deliver oxygen.

This helps explain why standard workout programs may have so-called high responders and low responders.

DNA fitness testing allows for a fitness plan that prioritizes the exercises most likely to produce the greatest benefit, whether for improved physical performance or for weight loss.

Good nutrition and regular physical activity provide the foundation for maintaining a healthy weight, but as anyone who has struggled to lose weight can tell you, they’re not the whole story.

Genetics play a major role in the body’s hunger signals, response to nutrients, and fat metabolism.

Genes that have been found to influence body weight include:

Putting these all together can create a total health plan that is both personalized and synergistic.

For example, if DNA results show that an individual is prone to iron overload or sensitive to salt-induced blood pressure spikes, then these nutrition issues can be managed before starting a cardio plan, to prevent unnecessary stress on the heart.

This can become vitally important if the DNA test also shows an increased risk of heart disease.

Optimal Fitness—One Gene at a Time

We’re all familiar with general exercise guidelines which include things like cardiovascular exercise, strength training, and stretching. Adding DNA fitness testing to the mix enables a person to take their fitness to the next level—for optimal performance and optimal health.

The Fitness Report is a key component of Vitagene’s genetic based Health Report with guides to help a person design a personalized fitness plan based on DNA in order to look and feel their best.

Difference Between Vitamins and Minerals

This website uses cookies to enhance your user experience, improve the quality of our site, and to show you marketing that is more likely to be relevant to your interests. We also allow third parties, including our advertising partners, to place cookies on our websites. By continuing to use this website, you consent to the placement and use of cookies as described in our Cookie Policy. More info

This website uses cookies to improve your experience while you navigate through the website. Out of these cookies, the cookies that are categorized as necessary are stored on your browser as they are essential for the working of basic functionalities of the website. We also use third-party cookies that help us analyze and understand how you use this website. These cookies will be stored in your browser only with your consent. You also have the option to opt-out of these cookies. But opting out of some of these cookies may have an effect on your browsing experience.
Necessary Always Enabled
Necessary cookies are absolutely essential for the website to function properly. This category only includes cookies that ensures basic functionalities and security features of the website. These cookies do not store any personal information.
Functional
Functional cookies help to perform certain functionalities like sharing the content of the website on social media platforms, collect feedbacks, and other third-party features.
Performance
Performance cookies are used to understand and analyze the key performance indexes of the website which helps in delivering a better user experience for the visitors.
Analytics
Analytical cookies are used to understand how visitors interact with the website. These cookies help provide information on metrics the number of visitors, bounce rate, traffic source, etc.
Advertisement
Advertisement cookies are used to provide visitors with relevant ads and marketing campaigns. These cookies track visitors across websites and collect information to provide customized ads.
Others
Other uncategorized cookies are those that are being analyzed and have not been classified into a category as yet.
SAVE & ACCEPT
wpDiscuz
0
0
Would love your thoughts, please comment.x
()
x
| Reply